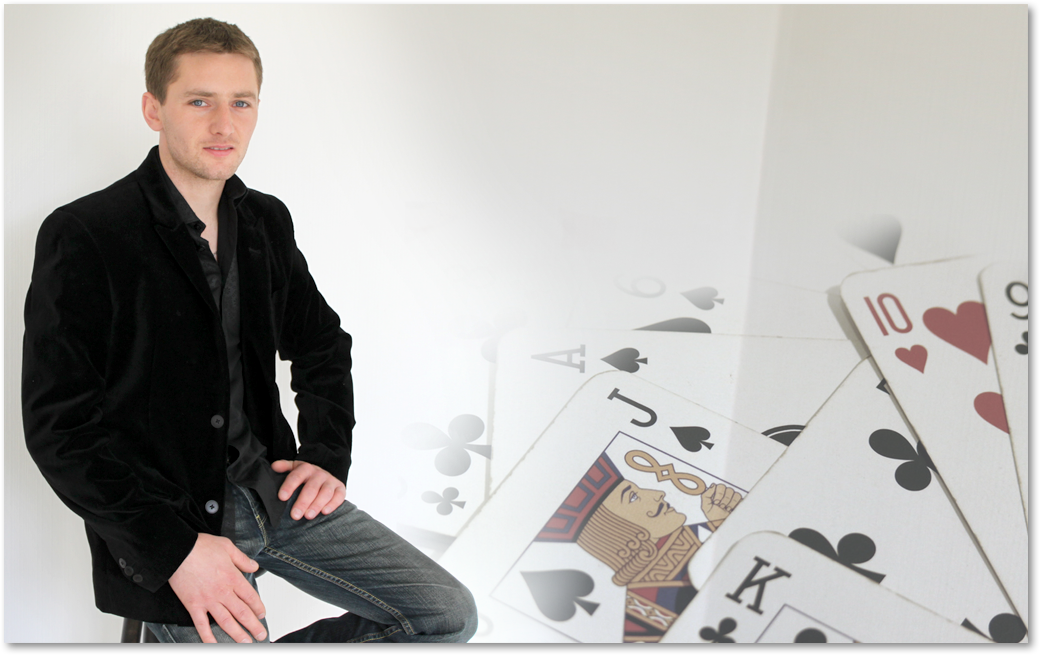 Alexandre Tocqueville has been passionate about performing from a very early age. He began practicing magic when he was just 7 years old and presented his first show in 1997 to the Bouglione Circus in Paris.

He continued improving his magic as well as playing the drums for 10 years.

1995: His life in magic began, winning a “magic box” as a prize in a drawing competition. One year later he joined the magic club of Angers

2002: 2nd prize at the French Magic Championships. Winning this award was the moment he decided to pursue a professional career in magic. In the same year, he performed his first international show at Sorano’s theater in Dakar (Senegal). He also tasted success in a completely different field; 4th place at the world snake-boarding championships.

2005: Winner of "Réveille ton talent" (reveal your talent) on a national selection of 35 000 candidates, he performed in the famous “l’Olympia” in Paris. He’s also booked for a year and a half in the cabaret "Chapeau bas".

2006: Alexandre joined the French national magic team and perfomed at the World Championships of Magic in Stockholm.

2007: a 2 months contract to the Casino Grand Lisboa of Macau (China) where he presented his show in English and joined the Crazy Paris Show.

2008 - 2009: Alexandre was performing on the Princess Danae Cruise Ship in Norway, Iceland, Greenland and Canada.